Government to Loosen Mining Law to Chagrin of Green Activists 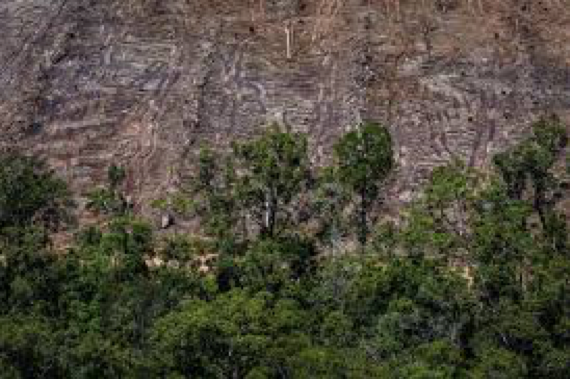 The Energy and Mineral Resources Ministry, which leads the drafting process for the revision of the Mining Law, plans to loosen several restrictions to boost downstream mining industry growth. While miners welcome the government’s efforts, environmentalists and some lawmakers have raised questions over the revision’s impact on natural disaster mitigation and coal consumption.

Energy and Mineral Resources Minister Arifin Tasrif listed on Thursday five principles in the proposed revision, the first of which was economic growth. Trailing behind that principle were energy security, resource scarcity, environmental protection and sustainable development.

“There has to be economic growth,” he reiterated at a meeting in Jakarta with House of Representatives Commission VII, which oversees energy policy.

Notable relaxations include quadrupling the maximum size of traditional mining zones to 100 hectares, erasing minimal concession sizes for mining firms and revoking a 40-year mining limit for mining companies that build smelters. There is also a revision that would allow mining activity in rivers and the sea.

Indonesia wants more bang for its buck from its mineral wealth by forcing miners to develop downstream industries, such as mineral smelters and coal-fired power plants. The country enforces this by banning exports of all metal ore by 2022 and coal by 2046, but also promotes development by relaxing regulations and offering incentives.

“This draft law is like a horse with blinkers; it does not look at many things,” Merah Johansyah of environmental watchdog Mining Advocacy Network (Jatam) told The Jakarta Post on Thursday.

According to Jatam’s latest annual report, 783 mining licences were “involved” in seven major natural disasters last year. The disasters, comprising floods and landslides, killed 35 people and displaced 83,722 residents. This is contrary to Indonesia’s 2007 Natural Disaster Mitigation Law, according to Jatam.

One notable case highlighted in the report was the presence of eight coal mines within the river basin area of Bengkulu province. The mines left the region vulnerable to a massive flood last year that killed 24 and displaced 12,000 people.

Industry Minister Agus Gumiwang Kartasasmita, also on Thursday, said his office’s main interest with the Mining Law was to introduce articles that “push as much as possible the development of downstream mining industries”.

Indonesia recently lowered its smelter development projection due to a shortfall in investment. Southeast Asia’s largest economy initially expected 41 nickel and 11 bauxite smelters to be operational by 2022 but now expects to have only 29 nickel and 9 bauxite facilities online by that year.

Continual development of coal plants in Indonesia, where fossil fuels fed 87.64 percent of all power plants last year, violates Indonesia’s General National Energy Planning road map, according to which at least 17.5 percent of all plants should use renewable sources of energy in 2019.