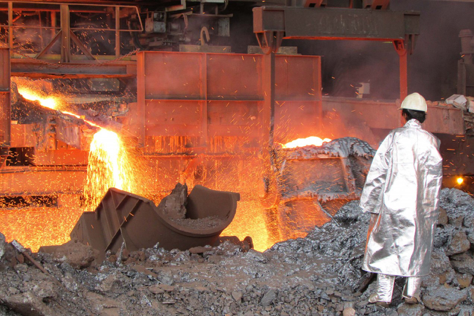 The government is expecting mining investments to reach US$7.75 billion this year, the highest projected amount between 2015 and 2024, fueled by a tidal wave of smelter development projects.

The largest chunks of investment this year are slated to come from mining heavyweights PT Freeport Indonesia and PT Amman Mineral Nusa Tenggara.

According to Energy and Mineral Resources Ministry data released Tuesday, the two mining giants would invest $2.3 billion and $1.59 billion respectively.

“Investments will decline from 2021 to 2024 because smelter development and investment will decline during that period,” the ministry’s coal and minerals director general, Bambang Gatot Ariyono, said at a House of Representative hearing in Jakarta.

A wave of smelter construction began a few years ago in anticipation of the government’s ban on mineral ore exports. The world’s leading nickel producer set a ban on exports of nickel ore starting 2020 and will do so for all other mineral ores starting 2022. The ban enforces the government’s aim of extracting more bang for its buck from the country’s mineral wealth.

Four smelters are expected to become operational this year alone, ministry data shows. Two of them are nickel smelters, one is for manganese and one is for lead.

Gold and copper miner Freeport Indonesia (PTFI) will pour this year’s investments into developing its copper smelter in Gresik, West Java, and an underground mine in Timika, West Papua, where the US-based miner operates the world’s largest gold mine.

“This year, all of PTFI’s operations will be underground. Open pits will be over soon,” said Freeport Indonesia spokesman Riza Pratama said in Jakarta on Tuesday.

In regard to the smelter, he said developers were working on the front-end engineering design (FEED) and on compacting the project’s land. Once operational in 2022, the $3 billion facility will produce 2 million tons of copper anode each year.

Meanwhile, Amman will pour its annual investment to develop its smelter in West Sumbawa regency, West Nusa Tenggara. The facility is expected to be operational by 2022.

Separately, Amman corporate communications head Kartika Octaviana said on Tuesday that the company was currently conducting its quarterly audit on the project so that “within the next one to two weeks, we will see the evaluation results”.

While the two heavyweights march on with their projects, smaller miners are struggling to finance smelter development, coal and nickel mining associations previously told The Jakarta Post.

“Our equity isn’t enough to find a partner so many smelter projects are stalled,” said Meidy Katrin, secretary-general of the Indonesian Nickel Mining Association (APNI), whose members are small and mid-scale miners.

Out of APNI’s 281 members, 19 of them had been developing smelters before they reached a financial standstill this year, when the government began implementing the nickel ore export ban, she said in Jakarta on Jan. 11.

Investments from state-owned miners are also expected to spike between 2021 and 2024. Most of the funds are slated to come from state-owned coal miner PT Bukit Asam’s development of two facilities that convert coal into dimethyl ether (DME) gas. One facility will be located in Peranap district, Riau, and the other in Tanjung Enim subdistrict, South Sumatra.

“This DME is a substitute for liquefied petroleum gas (LPG),” said PTBA president director Arviyan Arifin. “Many Indonesian households consume LPG, most of which is imported.”