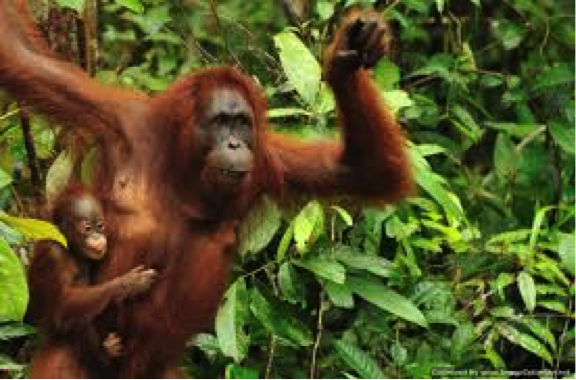 The Ministry of Environment and Forestry raided the company's sites in Puring and Kempapakon on Aug. 20, finding seven heavy-duty vehicles for excavation.

The Tulak River forest area is also Palung Mountain National Park's buffer zone as well as orangutan habitat, neither of which should be disrupted.

"This is an extraordinary evil," Rasio Ridho Sani, the ministry's director of law enforcement, said in a statement on Sunday (26/08).

The ministry is questioning Laman's directors and commissioners.

"We are also investigating the possibility that money laundering was involved in this illegal mining operation," Rasio said.

Under a 2013 law on prevention of forest destruction, the company's officials may face between eight and 20 years in prison, if convicted, while the company may face a fine of Rp 20 billion ($1.37 million) to Rp 50 billion.