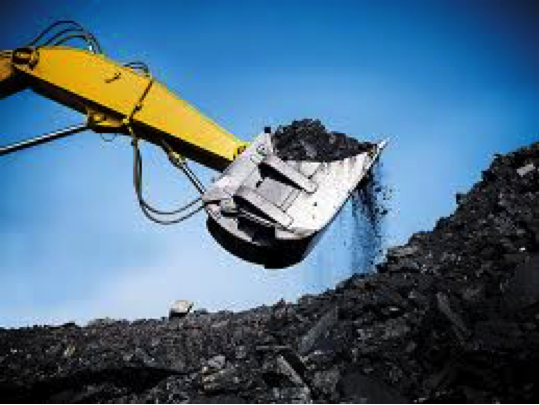 One of the standout commodity performers this year has been thermal coal, but not all coal is created equal and disparities in pricing may help explain why India's imports have stayed strong despite the higher costs.

The main benchmark for thermal coal in Asia is priced at Australia's Newcastle Port, the world's largest coal-export harbor.

The price has gained 11.8 percent so far this year, to close at $114.66 a metric ton in the week to Sept. 2, according to assessments by Argus Media.

This isn't far off the 6-1/2 year high of nearly $120 a ton hit in July, with the price surge this year largely coming on the back of increased Chinese demand for coal to be burned in power stations.

What has been somewhat surprising is that India, the world's second-largest coal importer behind China, has defied its prior history of being a price-sensitive buyer and boosted its imports this year.

But delving into the detail offers an explanation as to why this is the case, the price of the bulk of the coal India imports has been declining, especially in recent months.

India imported 128.7 million tons of coal in the first eight months of the year, up 10.6 percent on the same period last year, according to vessel-tracking and port data compiled by Thomson Reuters.

India tends to import lower quality coal from Indonesia, with a typical grade being fuel with an energy rating of 4,200 kilocalories per kilogram (kcal/kg).

The price for this type of coal, as assessed by Argus Media, has been declining since late June, dropping to $37.72 a ton in the week ended Aug. 31.

The gap between Newcastle coal with an energy content of 6,000 kcal/kg and Indonesian 4,200 kcal/kg is now at its widest since early 2011.

This appears to have shored up Indian buying of Indonesian coal, with imports rising in August to 6.97 million tons, up from 5.5 million in July, according to the vessel-tracking data.

Given the recent difficulties state-controlled Coal India has experienced in meeting domestic requirements, it's little surprise that Indian buyers have ramped up purchases from Indonesia.

It's also worth noting that India hasn't increased the amount of coal it buys from other top suppliers.

Australia is India's second-largest supplier, but it ships almost exclusively coking coal used in steelmaking, and is thus not a competitor with Indonesia.

However, South Africa exports thermal coal, which is similar in quality and pricing to Australia's Newcastle benchmark.

India imported 3 million tons from South Africa in August, down from 3.2 million in July, perhaps indicating less of an appetite for the more expensive, but higher quality fuel.

One question that remains to be answered is: why is the price of Indonesian low-grade coal falling while higher grades are still either rising or staying close to multi-year highs?

While it's too early to provide a definitive answer, it appears that China may be buying less Indonesian coal, with imports dropping to 9.42 million tons in August from 10.3 million tons in both July and June, according to vessel-tracking data.

China has also struggled with domestic coal availability, mainly as a result of self-imposed output restrictions as part of efforts to combat air pollution.

This has boosted demand for imports, but it seems Chinese buyers are preferring higher energy content Australian coal over Indonesian grades.

Much of the coal China buys from Indonesia is used as a blending feedstock with domestic supplies, in a compromise that sees a drop in overall energy content but also a drop in sulphur and ash, given Indonesian coal is low in these pollutants.