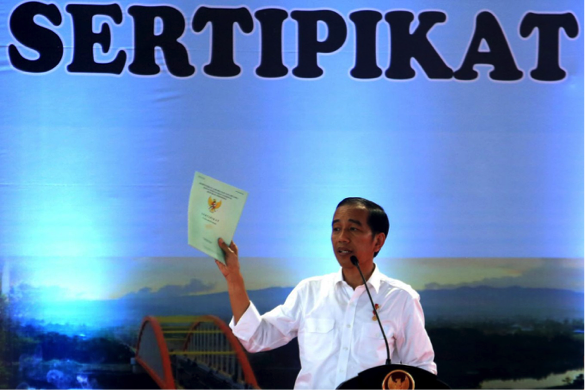 President Joko “Jokowi” Widodo has told state-energy holding company Pertamina to buy all oil lifting, the colloquial term for ready-to-sell production from all oil and gas contractors in the country to reduce oil imports and to strengthen the rupiah.

“We expect [Pertamina] to implement the order as soon as possible and we will issue a regulation soon, which could be in the form of a ministerial regulation,” he said.

When asked about the effect on the existing oil sales purchase agreements with contractors, Agung said the Upstream Oil and Gas Regulatory Agency (SKK Migas) would deal with the issue.

Indonesia’s oil production amounted to 771,000 barrels of oil per day (bopd) in the first half of 2018, forcing the country to import more than half of its oil needs of 1.6 million bopd.

“We hope this measure can strengthen our foreign exchange reserves, which eventually will help our rupiah, which has been weakening recently,” Agung said.

The rupiah exchange rate was recorded at Rp 14,625 per United States dollar on Tuesday afternoon, weakening by 42 points from Rp 14,583 recorded on Monday, according to the Jakarta Interbank Spot Dollar Rate (JISDOR). (bbn)