MacMahon Works On a Profitable Future 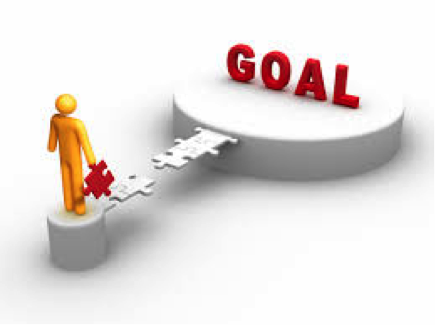 What’s that? Macmahon (MAH) is actually profitable? Well, yes. And with older problem contracts causing less pain and a full year of big new contracts contributing this year, there are more profits still to come.

In the heat of a takeover battle with CIMIC (CIM) in mid-2017 mining contractor Macmahon put some guidance to investors: earnings before interest and tax would be $40m to $50m for the 2018 financial year. This was a big call. The company was coming off years of poor performance. But on Friday, CEO Mick Finnegan and the team delivered $41.2m in earnings before interest and tax from $710m in revenue. Net profit was $31.3m.

Old mining services contracts are getting more profitable - and new ones have been ramping up.

Let’s start with the old. The thorniest contract was working for Newcrest at Telfer, a copper and gold mine. It’s come a long way from losing close to $30m in 2017 to being close to breakeven last year. With this one settled down, Macmahon can get on with its other projects.

One of the company’s mainstays has been the Tropicana gold mine. This contract has been much smoother, with Macmahon operating profitably here since 2011. This year was no different. Revenue on the project was up 9% last year and, thanks to Macmahon’s efficiency improvements, the mine has been expanded and the mine life extended. This project should now run through to 2027.

Then there are the new projects. Byerwen, a coal mine, started operations in August 2017 and Mount Morgans, a gold mine, followed in December 2017. Together they contributed about $100m to revenue for last year.

But now that they are up and running a full year’s contribution should be more like $165m per year. These two contracts have a few years to run but both mines have longer lives so the contracts could be extended if Macmahon delivers for the miners.

The biggest of the new contracts was Batu Hijau in Indonesia. The main part of the contract kicked off in April and it has already contributed close to $150m in revenue. This is just the beginning for Batu Hijau - Macmahon expects it to be worth US$1.8bn in revenue over 5 years. Next year over $500m of revenue should come from this contract alone.

Helped by old and new contracts, 2019 will be a big year for the company. The year will come closer to representing a full run-rate of revenue and profits. Macmahon’s guidance is for revenue of $950m to $1.05bn this year.

Growth beyond this would require more contract wins or expansions at current mines. Macmahon is considering bidding on $7bn of work. For almost 80% of this, the company is in exclusive or preferred bidder positions, giving them a reasonable chance of winning the work if a project goes ahead. This year awards should total about $1.4bn. Macmahon won’t win them all. But any wins here will add to an already impressive $1.04bn of work locked in for next year.

Guidance is for earnings before interest and tax of $70m to $80m this year. This is good for about $55m to $60m in net profit, or a Price Earnings multiple of about ten times at the current $0.25 share price.

Macmahon has visibility over its revenue a few years out. That’s something few companies can say. And with a little more revenue, margins should continue to improve. That assumes no costly contract blowups. The company needs to keep delivering efficiencies for its mining clients and profitably execute its existing contracts. Carefully bidding on new work should help reduce the risk of another Telfer-esque mistake.

Not much has changed in our thinking after Friday’s result. The past year was a step in the right direction with old contracts righted and new contracts starting up. The current year should be a further step forward for a new Macmahon.