Police Search for Financiers of Illegal Gold Mine That Collapsed In Jambi, Killing Six 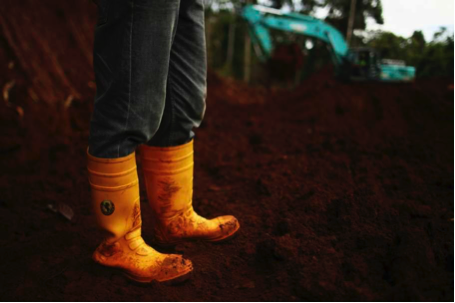 Jambi Police are looking for two people believed to have financed an illegal gold mine that collapsed on Sept. 2, trapping six miners.

"We are looking for two people suspected of financing the illegal gold mine near Sipangparit village," Merangin District Police chief Adj. Snr. Comr. I Kade Utama said on Thursday (06/09), as reported by Suara Pembaruan.

They have been placed on the police's list of most-wanted suspects, while investigators have seized a car belonging to one of them at the mining site.

After a search for the six trapped miners proved fruitless, the local authorities decided on Wednesday to stop all efforts and backfill the pit.

Kade said the decision came after rescuers were unable to enter the pit because it had filled up with water from a nearby river, while all efforts to pump the water out had also failed.

A similar incident occurred in the district in 2016, when 11 illegal miners were trapped in a pit. Their bodies were never retrieved.

"The illegal gold mine at Simpangparit village was backfilled on Thursday. Six miners were buried on the site," Kade said.

Jambi Police chief Insp. Gen. Muchlis A.S. has called for all illegal mining activities in the province to cease.

He also ordered police officers and government officials to improve monitoring and law enforcement efforts to eradicate the practice.

"Another incident such as this cannot be allowed to occur. Therefore, all illegal mining activities in Jambi by traditional gold miners must be completely eradicated," Muchlis said during a visit to the site on Wednesday.