Perhapi: Indonesia is Able to Manage the Freeport Mine 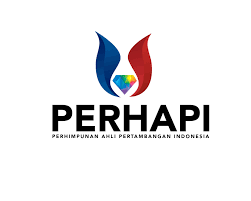 The mining administration must bring greater benefits to the country. The Indonesian Mining Association (Perhapi) recognizes the government's success in acquiring Freeport McMoran and Rio Tinto shares in PT Freeport Indonesia. Perhapi is very optimistic that Indonesia can manage the Freeport mine.

Perhapi General Chairman Tino Ardhyanto ensured that Indonesian mining workers were able to manage mining activities in Indonesia, including the Grasberg Mine in Papua. Because, as he said, almost all activities in PT Freeport Indonesia were conducted by Indonesians.

"There is no need to doubt the ability of the Indonesian workforce to carry out mining work in the Grasberg class," Tino said in Jakarta on Thursday (4/10).

Tino, however, said one of the challenges was How can mine management bring greater benefits to the country? He really hopes that the success of the government in pursuing 51 percent of Freeport's hard-working stock will have to be pursued with the participation of all parties.

"Inalum must immediately prepare strategic steps in the post-acquisition transitional phase and then complete activities as a whole," Tino said.

The Ethics Council of Perhapi Budi Santoso highlighted the problem of bureaucracy in Freeport's management body. Budi said that the performance of BUMNs was often hampered by the bureaucracy.

"When the BUMN bureaucracy is implemented in Freeport, we are laughed at by other countries," he said.

Budi gave an example of the dismantling of directors in BUMN. For him, this should not be used if Indonesia manages Freeport.

"Basically, there should be no view, after Freeport was acquired by the government, the majority of shareholders, even production dropped, which is important to note," said Budi.