Doubts Cast on Plans for Deluge of New Nickel Supply 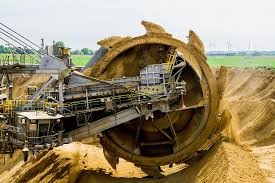 Expectations of a supply avalanche hitting the nickel market next year due to new capacity in Indonesia have sent prices to seven-month lows, but analysts doubt the plans spearheaded by Chinese firms can be carried out so quickly.

Benchmark nickel on the London Metal Exchange nearing $11,000 a tonne is down more than 15 percent since late September, partly due to the U.S.-China trade dispute undermining demand for the metal used in stainless steel.

Nickel is also vital for the lithium-ion batteries used to power electric vehicles, where demand is set to accelerate exponentially over coming years.

This is why companies in China, which dominates electric vehicle battery production, need to secure nickel supplies.

That includes GEM, which recently announced it was teaming up with Contemporary Amperex Technology (CATL) and Tsingshan Holding Group to invest $700 million in an Indonesian project to produce battery-grade nickel chemicals.

Also involved is Japanese trading house Hanwa, which in a release said production would start in 2019.

The consortium aims to establish a 50,000-tonne high-pressure acid leach (HPAL) facility at Tsingshan’s industrial park in Morowali, on the Indonesian island of Sulawesi, to produce nickel and cobalt chemicals.

“There is panic about supply, but the Tsingshan project isn’t going to hit the market next year. It will take two to three years,” said Jim Lennon, managing director of Red Door Research.

GEM, CATL and Tsingshan did not respond to requests for comment.

A source at one of the Chinese partners said construction may start at the end of 2019 after a site had been selected and the equipment ordered and delivered, but that the date may be pushed back to 2020.

“What also spooked everybody was that they said it was going to cost $700 million,” Lennon said.

“Pretty much every HPAL project has taken longer and cost more than was originally announced.”

One example analysts cite is Ambatovy in Madagascar. On its website, Ambatovy says the project cost $8 billion and will have capacity to produce 60,000 tonnes of nickel.

Japan’s Sumitomo Corp recently cut its forecast for nickel output at its Ambatovy project to slightly above 40,000 tonnes in the year to March 31, 2019, below the May projection of 48,000 tonnes.

Tsingshan’s success in ramping up nickel pig-iron (NPI) production in Indonesia has led the market to think the top producer could repeat that in chemicals.

But building an HPAL facility is significantly more complicated than an NPI smelter.

“Tsingshan’s ambition comes as no surprise, but it is not possible to build an HPAL plant of that size in 12 months,” said Wood Mackenzie analyst Sean Mulshaw.

Mulshaw added: “It is also not possible to build one of that scale for as little as $700 million.

“Tsingshan’s ultimate objective is credible. However, we are not convinced that a new 50,000 tonnes a year HPAL plant will be in operation before end-2019.”

Stainless steel will account for about two-thirds of global nickel demand at 2.2-2.3 million tonnes this year, while battery demand is estimated at 4 percent.

By 2025, nickel demand from stainless mills is forecast at 63 percent and batteries at about 10 percent.

Electric vehicles are a factor behind forecasts for deficits, which Lennon expects at 155,000 tonnes this year and 74,000 tonnes in 2019.

Deficits have been covered by draws on stocks, which in LME-registered warehouses stand at 215,000 tonnes, down more than 40 percent since January.