Gov’t Continues To Rule Out IPO Option For Freeport 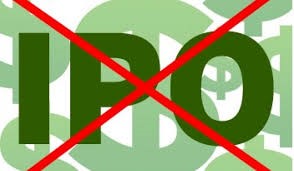 The government has asserted that gold and copper miner PT Freeport Indonesia (PTFI) can only go public once a majority of its stock is controlled by national entities, including by a state-owned mining holding company that is slated to be formed by the end of November.

The government has long been in deadlock with PTFI, the local unit of United States-based mining giant Freeport-McMoRan (FCX), over the miner’s future operations in the country.

The government has put its foot down on several requirements PTFI needs to fulfill in order for it to get an extension to its operating permit, set to expire in 2021. The company must permanently convert its contract of work (CoW) to a special mining license (IUPK) and build a new smelter within five years. FCX will also need to increase Indonesian ownership in PTFI to 51 percent from its current 9.36 percent.

Meanwhile, FCX prefers to see PTFI go public by floating its shares on the Indonesia Stock Exchange (IDX), while the government demands the miner issue new shares to be bought by national entities.

“The company can start thinking about going public sometime in the future after the central government, regional administrations and other Indonesian parties cumulatively control 51 percent of PTFI. But not now,” Energy and Mineral Resources Minister Ignasius Jonan said on Tuesday.

The Indonesian Mining Association (IMA) has also said that an initial public offering (IPO) would be a better option because the price of PTFI shares would be based on fair market value.

The government has previously calculated the remaining 41.64 percent shares to be taken over from PTFI to be worth US$2.46 billion, while FCX’s estimation is set at $6.6 billion because it takes into account Grasberg’s reserves and operation until 2041.

The State-Owned Enterprises (SOE) Ministry has stated that a consortium including a soon-to-be-formed state-owned mining holding firm will take over PTFI’s shares.

The government is currently finalizing the draft of a new regulation as a legal basis for the establishment of the holding firm. It is expected to be signed by President Joko “Jokowi” Widodo by the end of this month so that all relevant state miners can immediately start the inbreng process, in which assets of one company are transferred to another and treated as a capital injection.

“After the regulation is signed by the President, we will hold an extraordinary general shareholders meeting on Nov. 29 to seek approval from shareholders of all state miners involved,” Inalum corporate secretary Ricky Gunawan told The Jakarta Post.

Fajar Harry Sampurno, the SOE Ministry’s undersecretary for mining, strategic industries and media affairs, said that his side had asked BPJS Ketenagakerjaan to help finance the acquisition of PTFI. However, their participation is still very much in the air.