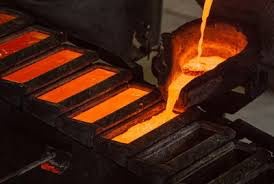 Progress in the construction of smelters by three mining companies in West Kalimantan has been slow.

"The three companies - PT Laman Mining, PT Kalbar Bumi Perkasa and PT Dinamika Sejahtera Mandiri - have utilized the export facility given by the government , but they have been slow in carrying out the construction of the their smelter projects," head of the Mineral and Coal department of the regional Energy and Mineral Resources office Sigit Nugroho said here on Sunday.

Two other mining companies PT Indonesia Chemical Alumina of the Antam Group, and PT WHW of the Harita Group, already have smelters in operation.

The government allows mining companies to export unprocessed mineral on condition they build smelter at a certain period.

The government issued a regulation earlier banning export of unprocessed mineral ores hoping to boost the country`s ailing manufacturing sector and to increase added value of mineral products and to open more jobs.

Sigit said the slow progress in the construction of smelters gave rise to suspicion that the three companies have no interest in building smelter and that they had misused the facility given by the government.

Millions of tons of nickel and bauxite ores exported without being processed , but no smelters have been built by the three companies, he said.

He said based on the Law No. 4/2009 , the government may issue export license for mining companies processing their raw minerals in the country .

Mining companies, therefore, need to build smelters in the country or have their minerals processed in smelters of other companies.

Sigit acknowledged he had never made inspection to the smelter projects in West Kalimantan, saying "it is central government policy."

"However, early next year we plan to make the inspection to see what has held them from implementing their project," he said.

The Energy and Mineral Resources Ministry has asked regional administrations to take firm measure against mining companies, failing to fulfill the clean and clear (CnC) condition .

In answer to the request, Sigit said he already made reconciliation with mining license holders (IUP) in West Kalimantan last October.

"Therefore, of 528 holders of IUP for mineral and coal in West Kalimantan, three mining companies with the status of non-CnC would have their license revoked . They are PT Ketapang Makmur Mandiri, PT Sumber Agro Lestari, and PT Gema Nusa Abadi Mineral," he said.

The measure is in line with the Ministerial Regulation No. 43/2015 that IUP of companies with the status of non-Clean and Clear (Non-CnC) would be revoked.