Metal Prices to Depend on US-China Trade Relations, Chinese Growth 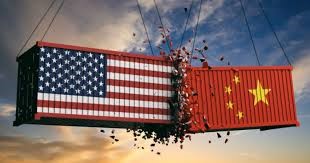 We have a positive view on Nickel and negative view on Lead and Zinc. Copper and Aluminum are expected to maintain downward trajectory during the early part of 2019

Base metals after making highs during first half of 2018 fell 20-30% in the second half of 2018. While supply tightness and environmental concern related plant shut down in China were reason behind the initial rally. And improved supply due to reopening of many production lines and demand shrinking due to lower auto sales in China and US were the reasons behind recent decline.

We have a positive view on Nickel and negative view on Lead and Zinc. Copper and Aluminum are expected to maintain downward trajectory during the early part of 2019 before entering into a consolidation phase.

During the January-November period of 2018, production has increased by 1.4% to 58.82 million tones. US have lifted sanctions on Rusal, the world’s largest aluminum producer and strike has ended at Alcoa’s Australian alumina refinery.

We expect aluminum to remain bearish towards $1,820 per tonne for the first quarter of 2019 on the current oversupply worries though production cut may stabilise it in the second half of 2019.

Global copper production has increased due to end of mines strike in Indonesia and Chile. For 2019, world refined copper consumption is expected to be 24,890 metric tonnes implying narrowing of deficit to 65 thousand tonnes.

Looking at the market fundamentals and the current state of the economy, we expect Copper prices to remain weak unless any supportive fiscal and monetary measure comes from China to help the economy grow.

China contributes around 40% to the world’s lead demand but tight environment inspection has put production limitation.

During Q1 2019, we expect MCX Lead prices to trade positive on lower Chinese production but during the second half of 2019 we expect Lead prices to witness selling pressure on surplus scenario and to decline towards $1800 per tonne.

Nickel deficit in 2019 will fall to 33000 tonnes from 146000 tonnes in 2018 due to rising mine supply from Indonesia Philippines and China. But Nickel demand in long term is expected to increase from electric vehicle sector and lithium-ion batteries.

Global zinc market is expected to wipe out its deficit in 2019. Global zinc mine production will increase by 6.5% in 2019 as strong prices in past have influenced zinc miners to bring the idled capacity back online.

Century mine and Dugald River mine is likely to expand its output capacity by 250,000 tonnes and Rampura Agucha mine in India will add 100,000 tonnes. Vedanta’s mine in South Africa has plans to double its capacity in 2019.

We expect LME Zinc prices to remain weak and move towards $2350 per tonne.

The author is a commodity analyst at Narnolia Financial Advisors.