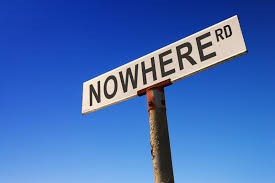 Recently rated as the most prospective nation worldwide, actual prospects are slim due to surging resource nationalism, regulatory roadblocks and non-existent new exploration

When the Association of Exploration and Mining Development Indonesia (EMD) recently held one of its regular discussions, the meager number of participants told the story of almost non-existent exploration in a country regarded as the most prospective in the world.

Fixated on gaining a controlling interest in copper and gold giant Freeport Indonesia and on securing maximum revenue from coal and other active mining operations, government officials and politicians alike have ignored the search for greenfield minerals.

Indeed, a raft of conflicting regulations introduced over the past decade focus almost exclusively on mining processing and have done nothing to encourage new exploration. As a result, the surface of the country’s mineral potential has been barely scratched.

The figures speak for themselves. While Indonesia tops the Fraser Institute’s annual survey as the most prospective of 91 countries, it received less than 2.5% of the global exploration budget between 2006 and 2014 – and only 1% from 2015 to 2017.

In 2017, only US$60 million was spent on exploration, mostly in nickel, gold and uranium, just 14% of the level seen in 2012 when the commodity boom was finally running out of steam. Even then, risk-averse Indonesian firms contributed a minuscule amount.

The Fraser survey saw Indonesia’s taxation regime, regulation duplication and inconsistencies, land ownership issues, uncertainties over the interpretation and enforcement of existing regulations and the legal system as all major deterrents or prohibitive to investment.

“On its current track, mining (in minerals) will grind to a halt by 2055,” predicts one senior mining executive, reflecting on the decade or more it takes from the discovery of a deposit to the start of production.

Apart from Freeport, which has always been regarded as a special case, the government’s obsession has been with coal, whose exports have climbed in value from US$20.8 billion in 2014, when a total ban on mineral ore kicked in, to an estimated US$29 billion this year.

For smaller miners, who usually make the biggest discoveries, the regulatory tide has flowed against them ever since the previous Susilo Bambang Yudhoyono government introduced policies aimed at achieving what it called “economic sovereignty.”

One example has been the controversial divestiture rule requiring foreign companies to relinquish their controlling stake in a mine starting after five years of production and ending after 10 years – something that makes most ventures uneconomic.

Last year, the Ministry of Energy and Mineral Resources (MEMR) sought to overcome opposition to divestiture by introducing the concept of “fair market value.” But by excluding a mine’s reserves as part of the calculation, the regulation was rendered meaningless.

Now it has tried again with yet another regulation, this time including mineral reserves in the definition of fair market value calculations, but only during the term of a company’s contract.

It also gave two alternatives in calculating a final figure, one based on discounted cash flow, reflecting the economic benefits derived over the length of the contract, and the other resting on a comparison of market data benchmarking.

But resources lawyer Bill Sullivan points to a lack of clarity on how the two alternatives are meant to work, typical of many Indonesian laws and regulations, as well as the fact that the divestiture and onerous processing requirements remain.

Another massive disincentive is the US$10-$16 million a company has to pay in advance as one of the requirements for an exploration license. While the regulation aims at preventing a firm from simply sitting on a deposit, the charge is beyond the means of most small explorers.

Analysts say the provisions have become an increasing bone of contention between the ministry and nationalist politicians, focused in particular on a revision to the 2009 Mining Law which officials are accused of trying to water down.

That, in fact, would make sense when state-owned holding company PT Inalum will soon have to share in half of the cost of a US$2.7 billion smelter that Freeport must build in concert with a 2014 implementing regulation banning the export of unprocessed ore.

The same value-added provision also puts an extra burden on Indonesia-owned PT Amman Minerals, which bought the second-ranked Batu Hijau copper and gold mine from US-based Newmont Mining in 2016 and is already struggling to finance the final phase of production.

Early last year, the government was forced to ease the export ban on bauxite and nickel ore, apparently to tackle a growing budget deficit. But most analysts also saw it as a move to save state-owned PT Aneka Tambang, previously the biggest exporter of nickel ore, from bankruptcy.

Either way, it did not go down well with Chinese companies, who, in one of the success stories of the new value-added policy, have spent billions of dollars in the last five years moving some of their smelting capacity to the nickel-rich island of Sulawesi.

In a bid to narrow the gap, the president recently increased the export quota for coal by 100 million tons and postponed the completion target for 43% of the government’s already delayed 35,000-megawatt power expansion program from 2019 to 2026.

Urged on by Russian oligarchs anxious to take advantage of a resulting rise in nickel and aluminum prices, the previous Yudhoyono-led government justified the export ban in nationalist terms, saying that a failure to move up the global value chain would condemn Indonesia to becoming a “nation of slaves” to foreign interests.

It was an expression often used by President Joko Widodo’s opposition rival, Prabowo Subianto, to ram home his populist message during the 2014 presidential election campaign and which he will no doubt trot out again ahead of next April’s presidential poll.

Parliament also wants resource companies to integrate mining and smelting into one operation, offering in return a 10-year extension to a normal 40-year mining license and a delay in the start of the divestiture process until after 10 years.

But that’s a notion most large mining firms would dismiss out of hand given the high up-front cost and marginal returns derived from processing facilities; Indonesian investors originally interested in a copper smelting venture have melted away.

One thing is clear: although Freeport and the government remain on track to seal a final divestment deal before the end of this month, there is little prospect of any new initiatives on the mining front until after next year’s elections when Widodo may feel less hog-tied by nationalist sentiments.