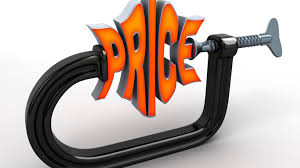 By revising Indonesian Government Regulation No. 23/2010, the Indonesian government plans to provide local coal miners more certainty by allowing an earlier submission of a request for the extension of mining concessions. Stakeholders in the mining sector argue that this would considerably strengthen the nation’s investment climate, specifically the coal mining industry, on the back of improved legal certainty.

However, the extension will also mean that PKP2B-holders, which are mostly the established larger players in Indonesia's mining sector, see their PKP2B contracts being replaced with the Special Mining Business License (in Indonesian: Izin Usaha Pertambangan Khusus, or IUPK). This is in line with the 2009 Mining Law (Law No. 4/2009 on Mineral and Coal Mining) that had introduced the Mining Business License (IUP) and IUPK as the new legal vehicles in the mining industry. The 2009 Mining Law was a controversial one that introduced several protectionist regulations that negatively affect foreign players in Indonesia’s mining sector.

There are currently 68 PKP2B-holders active in Indonesia.