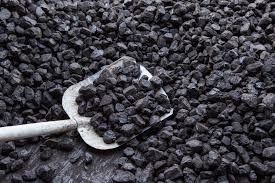 China's thermal coal imports in November fell to their lowest level since July 2017, suggesting that the government's stricter enforcement of import curbs is having an effect.

Thermal coal imports — which include imported shipments of lignite, bituminous, and sub-bituminous coal — totalled 13.52mn t in November, down by 15pc from 15.97mn t in November 2017, according to China's customs administration data. The imports also fell by 18pc compared with the previous month of October when thermal coal imports totalled 16.45mn t.

The drop in thermal coal imports last month came despite thermal power generation in November rising by 3.9pc from a year earlier to 405.1TWh or 13.5TWh/d, according to the national bureau of statistics. This was also up by 15pc from October.

China's central government introduced a quota system in April this year to curb 2018 coal imports at levels not higher than last year. The government reinforced the system in November as several provinces had already exhausted their 2018 quotas and the total import quota set for the country was running out fast. Customs authorities asked major power plants to stop booking new cargoes and to postpone cargoes that had already been booked until at least next January.

Total imports for all types of coal for January-November have already reached 271.19mn t, which exceeds the 270.9mn t achieved over the whole of last year, according to the customs data. This means total coal imports have already exceeded the government's quota for 2018, which was set at parity with total 2017.

Imported thermal coal shipments totalled 201.1mn t for January-November, up by 17pc from the same period of 2017.

The stricter enforcement of import curbs from November slowed China demand and weighed on seaborne coal prices in the Asia-Pacific market. The price of Australian NAR 5,500 kcal/kg coal, which mostly sells to China, dropped by 10pc from the end of October to $57.91/t fob Newcastle on 30 November, according to Argus assessments. The price of GAR 4,200 kcal/kg Indonesian coal, which normally sells in large volumes to east and south China, registered an even greater fall of 22pc month on month to $28.73/t fob Indonesia on 30 November.

Although the central government has not given a clear indication for import policy next year, a few of China's coastal utilities have booked imported cargoes for deliveries in the first quarter, expecting these imports to roll into the new 2019 quota. This has helped lift seaborne coal prices slightly since then, leaving the price of GAR 4,200 kcal/kg Indonesian coal at $30.52/t fob on 21 December, according to Argus assessments.