BlackGold: Sentencing of Consultant in Bribery Case Not Expected to Impact Group Operations 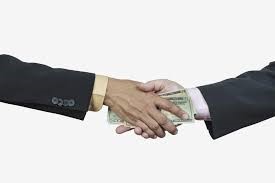 BLACKGOLD Natural Resources on Monday said the sentencing of its consultant Johanes Kotjo, who was involved in a bribery case, is not expected to have any impact on the group's financials or operations.

Kotjo is the uncle of the group’s chief investment officer, James Rijanto. He was sentenced at a court hearing on Dec 13, and was previously described as a BlackGold shareholder in media reports.

Shares in BlackGold closed unchanged at 1.5 Singapore cents apiece on Dec 13, before the coal mining company requested a trading halt on Dec 14. The firm has since requested the lifting of its trading halt.

Earlier in August, BlackGold received a query from the Singapore Exchange about bribery allegations related to its Riau-1 Project, in the amount of about 4.8 billion rupiah (about S$448,600).

In an exchange filing on Monday, BlackGold also noted that it had previously written to Indonesia's Komisi Pemberantasan Korupsi (KPK), or the Corruption Eradication Commission, requesting the release of five bank accounts belonging to its subsidiary, PT Samantaka Batubara on various occasions, but to no avail.

As at Dec 17, the group has yet to receive a response from the KPK. At the court hearing on Dec 13, the Indonesian courts announced that the accounts, which had nothing to do with the bribery allegations, should be released.

"Notwithstanding the court decision for the release of the held accounts, the KPK has seven days from the date of the court verdict to submit an appeal. If the aforementioned appeal is submitted, the held accounts may only be released after a final verdict has been attained at the appeal hearing," BlackGold said.

The company added that it will "make further announcements as and when there are material updates on the bribery allegation, and when the held accounts are released".