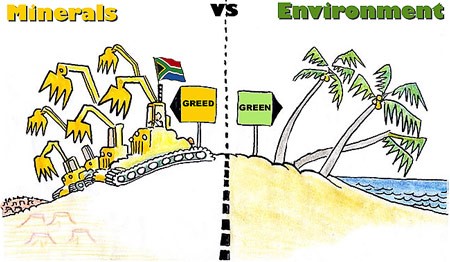 Copper miner Freeport-McMoRan Inc must pay Indonesia 460 billion rupiah ($32 million) in royalties for 4,000 hectares of protected forest it used in which to deposit its tailings without a permit. Indonesia's Supreme Audit Agency (BPK) said on Wednesday.  The government aims to issue a new mining permit for Grasberg – which requires the environmental permit issues to be settled – before the end of the year.

A 2017 state audit of operations at Freeport Indonesia's Grasberg copper mine, the world's second largest, pointed to the miner's use of more than 4,000 hectares of protected forest The government aims to issue a new mining permit for Grasberg – which requires the environmental permit issues to be settled – before the end of the year

The report also said Freeport had begun mining underground at Grasberg without a permit, and pointed to separate investigations that estimated damage worth $13.3 billion resulting from tailings from the mine.

Freeport has denied it breached Indonesia's environmental rules, but the issues have delayed the company's planned divestment of a majority stake to Indonesia's state-owned mining holding company, PT Inalum.

Indonesia's audit agency said in a press conference on Wednesday that a permit was being finalised by the environment ministry for the 4,536 hectares of forest used by Freeport, and that the outstanding royalties would need to be paid in two years.

It was not immediately clear how the 460 billion rupiah figure was derived, but according to a 2017 audit the area of forest had been used from 2008, and that Freeport should have been paying around 34 billion rupiah a year in royalties.

Environment and Forestry Minister Siti Nurbaya Bakar said at the press conference that she was working with the governor of Papua province to get the new forestry permit approved.

"I think we can finish it today," Bakar told reporters.

Damage from Grasberg tailings was "quite heavy", and a planned revision of the tailings management system would be rolled out in two stages up to 2030 because "it cannot be completed in five years," Bakar said.

Grasberg currently produces up to 200,000 tonnes of tailings per day, she said.

A Jakarta-based spokesman for Freeport said the company was not immediately able to comment on the latest BPK announcement.

The government aims to issue a new mining permit for Grasberg – which requires the environmental permit issues to be settled – before the end of the year, Energy and Mineral Resources Minister Ignasius Jonan said at the same press conference.