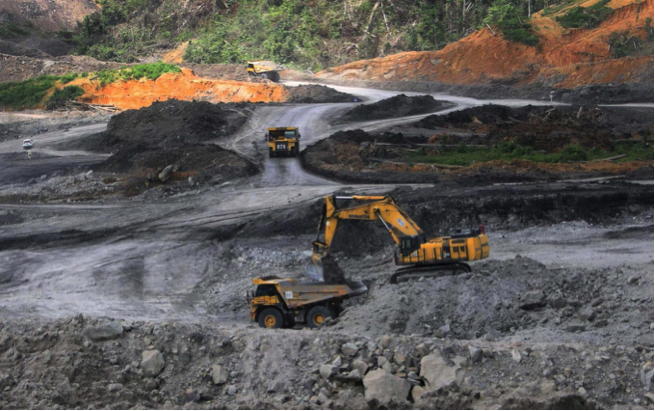 The government has again demonstrated how pathetic it has been in coping with the environmental problems caused by abandoned coal-mine pits, which have increasingly become death traps for children and polluted food crops with acidic water in Kalimantan.

Those huge black holes have even become an environmental time bomb because provincial and regency administration leaders who often treat mining firms as cash cows for their political interests seem reluctant to enforce the mining regulations on compulsory reclamation.

General mine director general Bambang Gatot told a meeting with the Commission VII on energy, mineral resources, research and technology and environmental affairs of the House of Representatives on Tuesday night that many coal mining firms, most of them small, had not fulfilled their obligations to reclaim, revegetate and restore mining pits.

But the central government, through the Energy and Mineral Resources Ministry, could not do much to address the problem because mining licenses have, since the enactment of the 2009 Mining Law, been put fully under the jurisdiction of provincial and regency administrations.

Gatot said the ministry had asked regional administrations to deal firmly with mining firms that failed to fulfill their obligations, but many could still operate normally even though they did not deposit their reclamation guarantee funds, as required by the 2009 Mining Law.

The commission painfully discovered during an inspection a few months ago how ignorant both regional and national governments had been in enforcing the mining law’s provisions on compulsory reclamation on mining companies.

The law requires mining companies to fill in and re-green mining sites and put up financial guarantees for reclamation and restoration of mining sites. The guarantee funds would be used to reclaim the mine pits abandoned by miners, but many companies that got their licenses without putting up guarantee funds could simply abandon their mine pits and get away without paying any penalties.

The Supreme Audit Agency and several environmental organizations had also confirmed earlier through field studies that less than 50 percent of small mining firms did not complete reclamation plans or had not put the specified guarantees in place. Worse still, many companies have simply abandoned their mines either because of depleted reserves or because of the steady fall in international coal prices.

However, the big question is: Is the government so truly incompetent or pathetic to be unable to address the environmental damages caused by recalcitrant mining companies? Weak enforcement of the regulations for compulsory reclamation by mining firms would only make the environmental time bomb tick faster toward a devastating explosion.

But we reckon that even though mining concessions, except for oil and natural gas, are now under the jurisdiction of regional administrations, the central government should still be authorized to enforce the 2009 Mining Law and the Environment Law throughout the country.