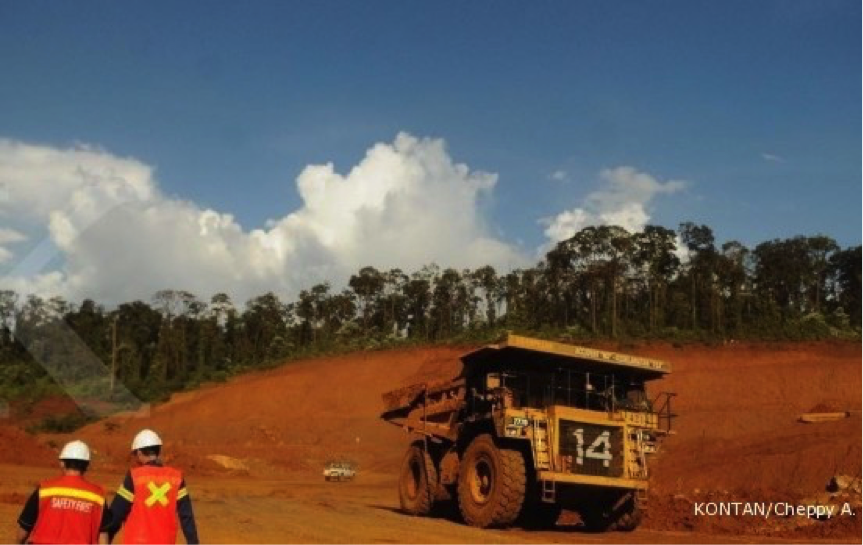 Under the divestment agreement signed in Jakarta on Oct. 11, the two companies are to finalize the terms of the acquisition by the yearend, including share valuation and ownership structure. The stock acquisition is to be completed six months after the terms have been finalized.

“The agreement puts Vale in the right position to contribute in developing Indonesia and in reinforcing the company’s long-term goal of managing nickel resources to make production more value-added, sustainable and empowering for the country,” Vale Indonesia chief financial officer Bernardus Irmanto said in a statement following the signing.

Inalum, which recently rebranded as MIND.ID, said in a separate statement after the signing that the holding company “will have access to one of the world’s largest and best nickel reserves” with its 65 percent ownership of diversified miner Aneka Tambang (Antam) and 20 percent ownership of Vale Indonesia.

The statement quoted Inalum corporate secretary Rendi Witular as saying that this access would give the holding company – and by extension, the Indonesian government – more leverage in securing domestic nickel reserves for local industries rather than for export.

He cited stainless steel and electric vehicle batteries as two examples of lucrative downstream nickel products, the demand for which were expected to grow in the next few years.

The government has been pushing local mining companies since 2009 to export more refined mineral products rather than unprocessed ores to draw more value from the country’s mineral wealth. The government announced last month that it would even ban raw nickel ore exports starting January 2020 to ensure that miners fulfilled their commitment to build smelters, whether individually or in cooperation with other mining companies.

Inalum president director Budi Gunadi Sadikin first disclosed the acquisition plan at a House of Representatives hearing in July, when he said the 20 percent stake in Vale was worth an estimated US$1.5 billion.

Under Vale’s contract of work, which was revised in 2014, the nickel miner is obligated to divest 40 percent to local companies, of which it has already divested 20 percent shares through the Indonesia Stock Exchange (IDX).

The divestment is mandated under Government Regulation (PP) No. 77/2014 on coal mineral mining operations.

The financial report reveals that Vale Indonesia booked a first-half net loss of $22.77 million, a reversal from the net profit of $53.54 million it booked in the same period last year. The loss was attributed to a 22 percent year-on-year (yoy) decline in first-half sales to $292.25 million, mainly from reduced sales to Vale Canada and Sumitomo Metal.

As a state-owned holding company, Inalum has a government mandate to manage all strategic mineral resources in the country in strengthening downstream operations and becoming a world-class mining company.

Inalum recorded a 38 percent yoy increase in consolidated revenue of $4.6 billion in December 2018. The company's consolidated earnings before interest, tax, depreciation and amortization (EBITDA) in 2018 was $1.3 billion.