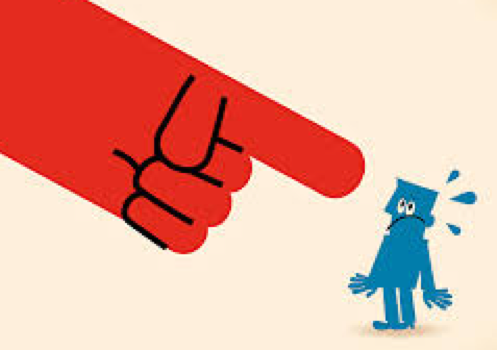 The government is moving fast in investigating alleged nickel export irregularities that prompted its high-ranking officials to announce a sudden temporary export ban of the commodity, which plays an important role in a plethora of industrial operations, including the production of electric car batteries and stainless steel.

“Not seven ships but seven companies,” Customs and Excise Directorate General spokesman Deni Surjantoro clarified with The Jakarta Post via text message on Thursday. “We’re now conducting an investigation with a task force from Bakamla [Maritime Security Agency] and the process is being carried out through laboratory tests.”

The tests are needed to determine whether the companies’ nickel ore exports adhere to provisions stipulated in the 2019 regulation.

The regulation only allows exports of ore with less than 1.7 percent nickel content and the export quota will only be granted to companies that are building smelters in the country.

Coordinating Maritime Affairs and Investment Minister Luhut Pandjaitan ordered on Tuesday evening a ban on nickel exports effective immediately. The ban is to last two weeks in order to give authorities time to investigate alleged foul play among nickel industry players. The decision comes two months prior to an official nickel export ban on Jan. 1, 2020.

Luhut said exports skyrocketed threefold ahead of the ban, with between 100 and 130 shipments occurring each month since September, up from the usual 30 shipments, exceeding the government’s export quota.

“We’re doing this now because there’s information or intelligence saying there’s foul play going on with nickel ore exports, such as the alleged export of ore with nickel content above 1.7 percent, export quota violations, exports carried out by those who don’t have smelters and smelter [construction progress] that isn’t in line with what’s reported,” Luhut said after a limited Cabinet meeting on Wednesday.

Indonesia, one of the world’s top nickel suppliers, is currently pushing for exports of processed or half-processed goods instead of raw commodities as a part of its effort to boost the manufacturing industry amid cooling international trade and sluggish economic growth.

The manufacturing sector’s contribution to the country’s gross domestic product fell to 19.52 percent in the second quarter from 20 percent in the first three months of the year. The sector only grew 3.5 percent annually in the period, below a two-year low in overall economic growth of 5.05 percent, according to Statistics Indonesia (BPS) data.

“Lifting the export ban boosts raw nickel exports by massive amounts because, on one hand, the government keeps issuing export permits while, one the other hand, companies are taking advantage of the opportunity to push exports [before the ban goes into effect],” said mining expert Ahmad Redi of Tarumanagara University.

Energy and Mineral Resources Minister Arifin Tasrif told reporters on Tuesday that his office temporarily stopped issuing export permits while conducting inspections to verify that nickel export companies were building smelters on schedule, as mandated by the ministerial regulation.

Officials from the ministry, along with those of Bakamla and the Corruption Eradication Commission (KPK) and customs and excise officers, attended a meeting hosted by the Office of the Coordinating Maritime Affairs and Investment Minister in Jakarta on Thursday to discuss the temporary export ban.

KPK deputy for graft prevention Pahala Nainggolan, who attended the meeting, said his institution was tasked with monitoring the teams inspecting the smelters and ships carrying raw nickel ore.

“We do this in case some of the surveyors are dishonest because it turns out surveyors are being paid by exporters, not by the government,” he said. “We will inform the Trade Ministry about any dishonest surveyors.”

He also said the Energy and Mineral Resources Ministry had halted the issuance of 30 nickel export recommendations as the government needed to inspect the applicants’ smelters. If the smelter development progress reports they send to the government are accurate and their exported ore comprises less than 1.7 percent of nickel content, they would be permitted to continue their exports until January next year, he said.

The ministry officials were not immediately available for comment.

IMIP chief executive officer Alexander Barus told reporters that he initially thought Monday’s discussion was only a meet and greet with the newly appointed BKPM head, not a decisive meeting.

The rapid changes in government policy sparked concerns among foreign investors as international traders and mining companies seek an explanation and clarity from Indonesian authorities.

Bloomberg Opinion columnist David Fickling slammed the government’s inconsistency, writing that changing the ban dates “has been a potent demonstration to foreign investors that this country isn’t a great place to risk putting their capital”.