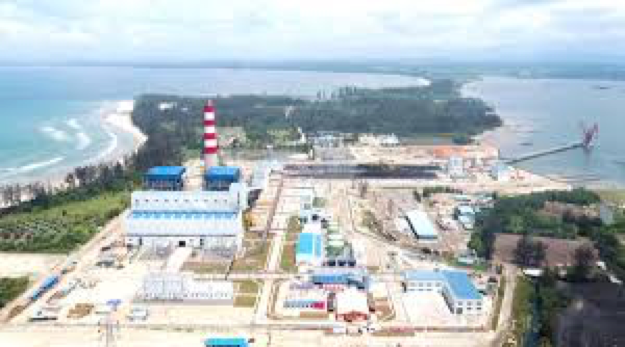 The plant at Sepang Bay, which takes three years to build, will go into full operation in February of next year. The total 200 megawatts (MW) capacity will not only power Sumatra’s western province but also nearby isolated regions.

With approximately two million residents, Bengkulu province suffered an acute lack of electricity. The new power plant will guarantee not only a reliable household electricity supply but will also enable investors to start new businesses in the area and accelerate economic growth.

The first unit of the plant has already been completed and began to generate electricity in October. The second unit is expected to be fully functional in the end of December. The final COD (commercial operation date) is February 2020. At that time, TLB will supply electricity to state-owned utility firm PLN for the next 25 years.

“We hope all stakeholders will join forces to run and maintain these power plants responsibly so that the people of Bengkulu can benefit from the project,” INTA president director Petrus Halim said during a ceremony at the project site on Nov. 15. He added that the coal plant construction took roughly three years to complete and required a lot of collaboration, support and funding.

The project is part of the Indonesian government’s strategic plans to add another 35.000 MW of power capacity. Bengkulu, a priority region for investment funds, has added Baai Island as a special economic zone.

TLB assures that the project meets official waste-management standards. The company uses advanced technology to control the levels of emission from coal combustion and to prevent toxic coal ash from contaminating the soil and water.

The coal for powering the plants is transported by sea instead of by land. This measure is taken to minimize coal ash pollution during transport.

The plant uses a cooling technology that circulates water to absorb heat. This enables more efficient electricity production. The water is taken from the ocean and flushed back into the sea after use because it is not polluted during the process.

Contaminated water will be treated and reused in the power plant site, mostly to wash the coal and settle dust.

“The contaminated water never goes out of the site. That means local residents will still have safe groundwater,” said Zul Helmi, one of the power plant’s engineers.

“The first unit of the plant has begun operation at 80 percent capacity, and the pollution from the chimney stack is hardly visible,” said Sun Shuhua, the assistant of the general manager of PCR.

PCR has worked on projects in the Chinese "One Belt, One Road" initiative, which develops infrastructure overseas. From the outset, the Chinese government has fully supported the Bengkulu project.

“We believe that the company has met all the requirements, done the social responsibility initiatives and helped improve the regional economy in Bengkulu,” said Li Hanqing, the first secretary at the Embassy of the People’s Republic of China in Indonesia.

The joint business project is expected to strengthen the bilateral ties between Indonesia and China. The countries have engaged in partnerships in the energy and infrastructure sectors. “I believe mutual support from both countries will spur the economic growth and benefit both countries,” Li said.

“We already created more than 2,000 jobs during the construction and will have around 200 positions in the operation period. Besides, nearly one million tons of coal will be purchased from Bengkulu every year. That will stimulate development of the coal industry in Bengkulu. We will make more and more contributions for the locals,” said Zhao Yong, the TLB general manager.

PCR chairman Sheng Yuming thanked the Indonesian government and the Bengkulu provincial government for their support for the coal-fired power plant project.

“Our company seeks to continue this partnership in infrastructure and works hard to strengthen the friendship between Indonesia and China."