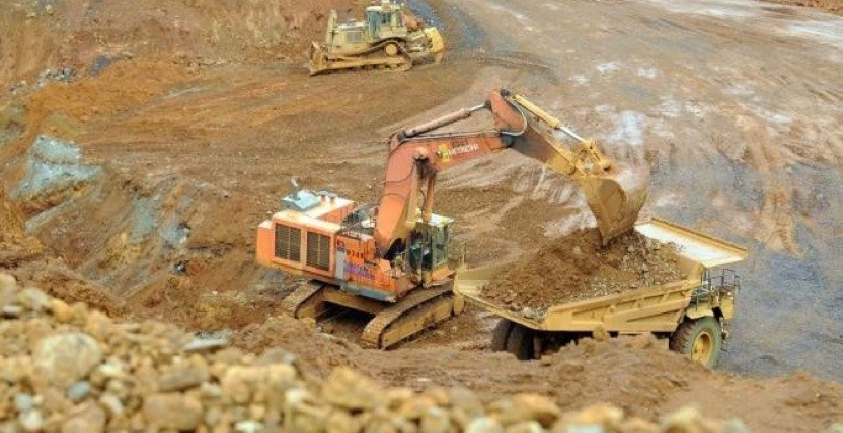 The government's export ban on nickel ore, set to take effect in January 2020, will hurt a newly listed nickel mining company, Ifishdeco, as it sells most of its products overseas.

"We can rely our sales on the domestic market if the government sets mineral reference prices close to those quoted on the London Metal Exchange [LME]," Ifishdeco finance director Ineke Kartika Dewi told reporters after the company’s share listing at the Indonesia Stock Exchange (IDX) in Jakarta on Thursday.

From its exports in 2018, the company earned Rp 365 billion (US$ 26 million), more than double the Rp 140 billion pocketed from domestic sales.

As the company has so far relied on exports, the ban may cause its profit to decrease by Rp 59 billion or 26 percent to Rp 165 billion in 2020 from the previous estimate of Rp 224 billion, according to the prospectus of Ifishdeco, which started its mining activity in 2011.

The government, through Energy and Mineral Resources Ministerial Regulation No. 11/2019, has pushed forward the nickel ore export ban to January 2020, two years earlier than the date set by Ministerial Regulation No. 5/2017, which allowed nickel mining companies to export nickel ore with less than 1.7 percent purity until the end of December 2021.

The government was going back and forth with the date of the export ban, as it issued a one-to-two-week temporary ban in October only to be overturned in a week. The temporary ban was meant to make time for the government to investigate mining companies allegedly violating export regulations.

"The biggest challenge is the government's policy, which has just changed significantly," Dewi said.

However, not all of the government's policies pose a challenge to the company.

The company's listing — led by UOB Kay Hian Sekuritas — on the IDX makes it the 50th firm listed on the stock market this year.

As much as 20 percent of Ifishdeco's total shares are up for sale to the public, offering 425 million shares at Rp 440 and amounting to an initial-offering value of Rp 187 billion. The shares went up by 50 percent to Rp 660 at the closing of its first day on the stock market.

At the IPO, the company sold 425 million new shares at Rp 440 each, accounting for 20 percent of its total shares to generate Rp 187 billion in fresh funds. The shares went up by 50 percent to Rp 660 apiece at the closing of its first day of trading on the stock market.

Ifishdeco will use 83 percent of the funds raised by going public for smelters and the remaining 17 percent for its operations.