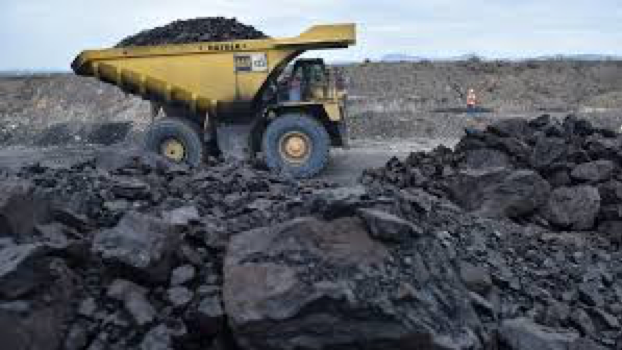 Global coal power generation is expected to decline in 2019, but that is unlikely the start of a lasting trend as demand for the fuel will remain stable due to rising appetite in India coal, with growth pegged at 4.6% through 2024, and other Asian countries offsetting declines in the US and Europe, the International Energy Agency said in its latest coal markets analysis Tuesday.

Coal miners in the US and Colombia will likely struggle due to the collapse of EU coal imports and competition from Russian producers as investments in coal mining assets face strong headwinds. Chinese coal demand, which accounts for roughly half of the world's coal consumption, is expected to increase slightly and then plateau around 2022, but the forecast demand from the country is sensitive to potential future policy measures, the IEA said.

Ultimately, the IEA's coal demand forecast changed little from the previous year, the organization noted. While a "combination of unusual circumstances" appears to have led to the largest-ever drop in coal power generation in 2019, that decline in coal consumption is within a range of annual fluctuations that would imply that global demand will remain broadly stable over the course of the next decade, the report stated.

Global coal use rose 1.1% in 2018 as the fuel maintained its position as the largest power source in the world with a 38% share, the IEA reported. Coal mine production rose 3.3% in 2018 as four of the world's six largest coal-producing countries increased their output. Russia, India and Indonesia each recorded record amounts of coal production in 2018. Average coal prices in 2018 were about 60% higher than in 2016.

"Stronger-than-expected climate policies targeting coal are probably the main factor that could affect coal demand. Lower natural gas prices could also change our forecast, as well as slower economic growth," the report stated, adding: "China will ultimately determine global coal trends through 2024 and beyond since it currently accounts for half of global consumption."

Particularly in the US and Europe, the natural gas sector continues to pressure coal generation due to lower costs. At the same time, renewable energy resources are becoming increasingly competitive compared with fossil fuels, the IEA said.

Weakness in those markets is impacting investor sentiment around the industry. Focused primarily on US-based coal companies, Seaport Global Securities analyst Mark Levin wrote in a December 16 note to investors that there is not much investor interest in coal mined for power generation.

"This isn't to say things can't change for the better in 2020. It's just that so many investors are having a hard time understanding why they would," Levin wrote, adding: "While some might argue the lion's share of the equity damage has already been done to thermal names and that sentiment is so bad that almost any incremental news has a better chance of being positive than negative, we suspect most investors will continue to stay away from steam coal-centric names in early 2020 unless natural gas or seaborne utility coal prices give them a reason to change course."

Several nongovernmental organizations, such as insurers and financial institutions, are increasingly distancing themselves from the carbon-intensive coal industry. While many of the early activist campaigns against coal centered on European and US-based companies, those efforts are pivoting to other countries as well. Such efforts are compounding coal's struggle against challenging market and policy environments.

"Together, these factors are shrinking the role of coal power generation in advanced economies," the IEA report stated. "These shifts have raised expectations once again that demand for coal is about to collapse. However, global coal demand has rebounded since 2017. Although it will probably decline in 2019, we expect it to remain broadly steady thereafter through 2024," the IEA added.

IEA expects India to see the highest growth in coal demand of any country. The nation's growing economy and focus on building out its infrastructure could support a 4.6% annual growth in coal demand through 2024, the IEA projected. Meanwhile, Vietnam and Indonesia will drive a 5% annual increase in coal demand from Southeast Asia, based on the IEA's forecast.