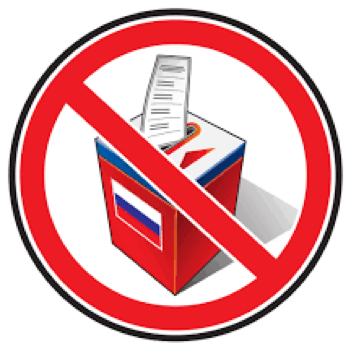 Environmental activists have criticized President Joko “Jokowi” Widodo for rolling out the red carpet to mining investors at the expense of local people and have called for abstention during the 2020 regional elections as a form of protest.

He said Jokowi’s policies that favor investors and corporations have led to rampant land conflicts in mining concession areas.

“While it’s true that the number of permits issued is decreasing, the trend of conflict is rising. Both the scale and patterns of conflict are deteriorating,” Melky said.

Among the conflicts, there were 12 cases of shootings by security forces and 36 cases of criminal charges against 205 activists and residents who protested against mining operations, according to Jatam’s data.

Activists who oppose mining operations have been charged under various laws including Article 162 of the 2009 Coal and Mineral Mining Law, Article 335 of the Criminal Code on the use of violence and Article 107a of the 1999 Law on the prohibition of the communist ideology, which was used against environmental activist Budi Pego in 2018.

“Members of the police, the military, local thugs and organizations cajole and threaten people so they will not fight back [against mining operations],” said Melky.

While coal is the mining commodity that sparked the most conflicts, the recent increase of nickel mining exploration and exploitation has also led to a jump in the number of commodity-related conflicts.

“In 2019, there were 281 nickel mining permits [issued], with most of them located in Sulawesi and Maluku,” Melky added.

The organization recorded a total of 925,748 hectares of disputed mining areas, twice the size of neighboring country Brunei Darussalam.

Jatam coordinator Merah Johansyah predicted the size and number of mining conflicts would rise in Jokowi’s second term as he took a more investor-friendly approach.

“When Jokowi said ‘I will increase investment’, we believe that his administration is inviting more human rights violations,” he said.

“If the mining concession is located in a farming area, the people are driven off their land and migrate to other regions,” he said.

He added that ecological problems that arose from the mining operations also affected residents who lived around the concession areas.

“When the mining operations cause ecological damage, the victims are local residents who live nearby. Their farming and fishery production suffer, even the people themselves are affected by pollution,” he said.

Besides highlighting mining conflicts that occurred during Jokowi’s first term, activists also criticized the President’s plan to issue omnibus laws to further attract investment and the revision of the 2009 Mining Law.

Jatam researcher Aini Wilinsen rejected the plan abolish Article 165 of the mining law. The article stipulates anyone abusing their power during the mining permit issuance may be sentenced to two years in prison.

Komnas HAM chairman Ahmad said the group had made recommendations to private and state-owned corporations regarding best practices to uphold the human rights of local residents, but their recommendations were rarely accepted.

In protest against the government’s policies in natural-resource exploitation, Merah urged voters to abstain in the 2020 regional elections.

“Because our environment has been damaged by transactional politics, Jatam recommends the people, especially those who are victims of the mining industry, abstain from electoral politics,” he said.

Merah told The Jakarta Post that Jatam recommended people to abstain in elections because the government was not open to the public during the drafting of the revision of the mining law, despite the organization’s numerous formal requests to be included during the drafting process.

“It turns out the government isn’t open to public participation. This is dangerous and could be categorized as legislative crime, as the legislative bodies become an organized crime syndicate that quietly draft a regulation without any transparency,” he said on the sidelines of the event.

“That’s why there needs to be something radical against this kind of thing, because it’s dangerous if we let them abuse the people’s mandate.”

In response to Merah’s statement, election watchdog the Association for Elections and Democracy (Perludem) director Titi Anggraini told the Post that Jatam’s recommendation should be a wake-up call for political parties.

“The call for abstention should be seen as a criticism of political parties that are mired in transactional and money politics,” she said.

She also urged voters to still vote for visionary candidates that could improve the nation.

“I’m concerned that sporadic calls to boycott elections will be counterproductive in stopping corrupt candidates. The people should see through the candidates so problematic candidates are not elected,” she said.

She further urged the government to not view the movement as a threat but rather as a criticism of its policies.

“[The government] should not see this as a threat because the movement hasn’t just appeared for no reason. It’s a form of protest against the transactional candidacy process in regional elections that sells natural resources for power,” she said. (mpr)